They say that the brain of a child is like a sponge. They absorb everything that they see around them. Early childhood, especially, is a crucial stage where they learn a lot about themselves and how to interact with others. These knowledge and skills are not inherent. People gain them through exploration, practice, and observation.

Your Child’s Brain in Early Childhood

The brain experiences rapid growth and development during early childhood. Before they even turn three, a million new neural connections form every minute to create the brain’s mapping system.

The brain’s mapping system is formed through the combination of nature and nurture. Part of it is developed in the womb due to genetic and hereditary factors that the child inherits from their parents (nature). The rest, however, is from how a person is raised, the environment where they grew up, their culture, and their social relationships (nurture).

Both nature and nurture play important roles in a child’s brain development. Humans are born with pretty much an entire brain, including all the neurons they will ever have (100 billion). Although smaller, a baby’s brain looks like an adult’s. Their brain grows rapidly over the next three years, tripling in size as neurons make complex connections.

Those early years when the neurons make thousands of connections are where growth occurs.

During early childhood, when the neurons are fired up and wired together, children learn about their own emotions and those of other people.

Toddlers are known for their tendency to have temper tantrums. Many parents call this stage “terrible twos” because children at this age get short but very intense outbursts of emotions. One moment they are happy and giggling. Next, they are yowling in frustration. 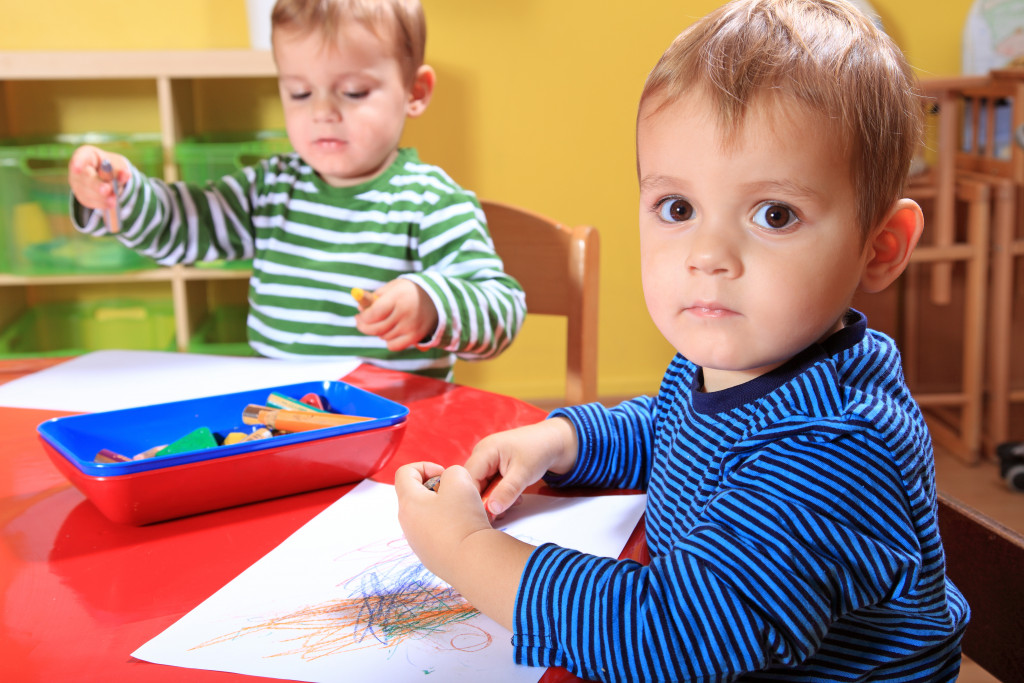 Toddlers also get quite possessive. They do not share at this stage of their life. They only know what they want, then have a tantrum when they do not get it.

These, of course, are not permanent. They will eventually grow out of it. They will learn how to better manage their emotional reactions and understand how their actions made others feel. Moreover, they will start to create connections with others. They will become less selfish and be friends with their peers.

A preparatory school is a good place for children to develop these skills. The area creates a safe space where they interact with other children in the same age range and adults who are trained to aid in their growth. However, at home, it is also crucial that children learn social and emotional skills.

More than anything, parents should serve as an excellent example for children. Children mirror the behavior of their parents. They learn how to act by observing how their parents respond to certain emotions and situations.

Show your child values such as generosity, being helpful, saying “please” and “thank you,” being patient, and expressing your feelings.

Cooperation is one skill that will be especially necessary when children start going to school. It will enable them to excel academically and play with their classmates.

Although, in the beginning, toddlers may become frustrated, unable to share and get along with another child, it will change. Once they understand how their actions affect others, they will start to shed the selfishness that is inherent in every toddler.

Parents can further encourage cooperation in their children by ensuring that they get equal opportunities. For example, when they are fighting over a toy, you can suggest drawing for the first turn. It will not always be an effective solution. However, it is a good exercise in cooperation.

Parents can also find another toy or come up with another activity that both kids can enjoy together.

It is also essential that parents teach their children empathy. This develops emotional intelligence that children carry with them to adulthood.

To teach empathy, however, children must first master how to express their emotions. Parents can help them by asking how their day went and how certain events made them feel. So, for example, if a playmate refuses to share a toy, you can discuss their reaction to it. Naturally, they would feel hurt and sad.

The next time something similar happens, the child will know how their actions made another feel. They will be able to empathize.

Early childhood is a crucial stage in a child’s life because a lot of their experience and learning during this period will have an influence on their development and growth. They will carry the skills they gained from their early childhood throughout their lives.