American Slang Decoded: Kill Them with Kindness – What Does It Mean?

In my last article, I discussed the American slang “How ‘bout them apples?” and how, contrary to what it says literally, the phrase actually has nothing to do with apples and more about showing off. But there are still a lot of American English idioms that exist in our vocabulary that can confound people whose first language isn’t English. So, in this article, I want to tackle another phrase that might confuse people: “Kill them with kindness.”

To recall what was discussed in our last article, idioms or idiomatic expressions are words, phrases, or sentences used in a figurative sense. Literally, the phrase or sentence would not make any sense. But figuratively and with context to the situation used, there is a deeper meaning and usage to the idiom. 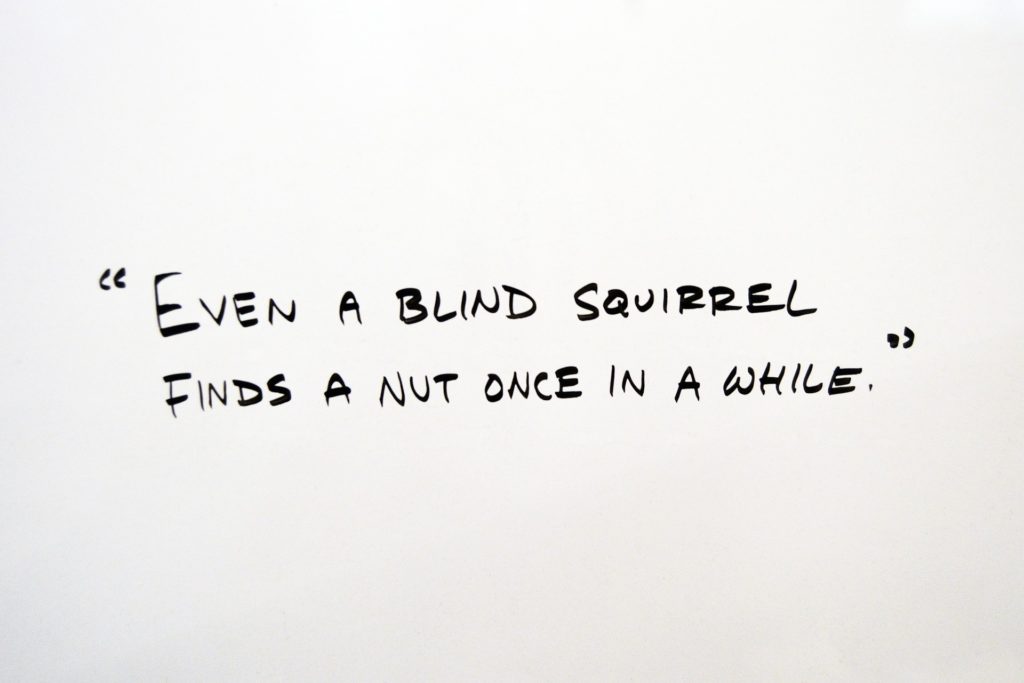 Some idioms have lost its frequency in the English language and are so rarely used that not everyone can understand it without researching the context behind it. For example, the sentence “a bird in hand is worth two in the bush” is an idiom rarely used but simply means that what you have today is worth more than what you can have later but isn’t as valuable.

In other cases, idioms are so commonly used that you don’t have to research the definition behind it as the phrase is so ingrained into our language that we don’t realize it is an idiom. For example, the phrase “hang in there” is often used to tell people not to give up on what they’re doing. It’s actually an idiom because, literally speaking, they’re not always physically clinging on to anything.

Other countries have their own idioms in their own language, and some of these can be translated into English and still make sense. For example, in the Philippines, they have an idiom phrase “mainit ang ulo,” which translates in English to someone who is “hot-headed.” Regardless of language, it’s easy to describe the characteristics of an angry person: they turn red in the face and, when they snap, start yelling. This resembles a lot of objects that turn red when heated and then create noise when they’re steaming. Because both English and Filipino languages recognize the context behind this idiom, it works for both languages.

However, not all idioms are transferrable between languages. “Hot-headed” can be translated because of the context, but not all context may be understandable in all cultures. Back in the Philippines, the word “hipon” simply means shrimp in English. In an American setting, if you call a person a shrimp, you’re referring to their size: they’re small, scrawny, and not as big and powerful as the average person. Shrimp are small sea creatures, so it’s obvious why a shrimpy person is small. But in Philippine culture, if you call a woman a hipon, you’re calling them an offensive term that refers to their looks: they have a nice body, but they have an ugly face. Instead of size, their idiom is referring to how shrimps have smooth bodies but ugly roach-like faces.

While English is the universal language, there are some idioms that can’t be translated into other languages. For example, the idiom “a penny for your thoughts” can translate to Spanish as “un centavo por tus pensamientos.” The translation makes sense, but because the context does not exist in Spanish culture, if spoken in this language, you might as well be literally asking people for a centavo for their thoughts. The idiom actually began in England around the 1500s, when pennies were still a relatively large sum and not just loose change.

What Does “Kill Them with Kindness” Mean?

It doesn’t necessarily mean spoiling a person with overindulgence or smothering them. When you can choose to be mean or kind, a person who kills people with kindness always chooses the high road and is kind and polite even when provoked. 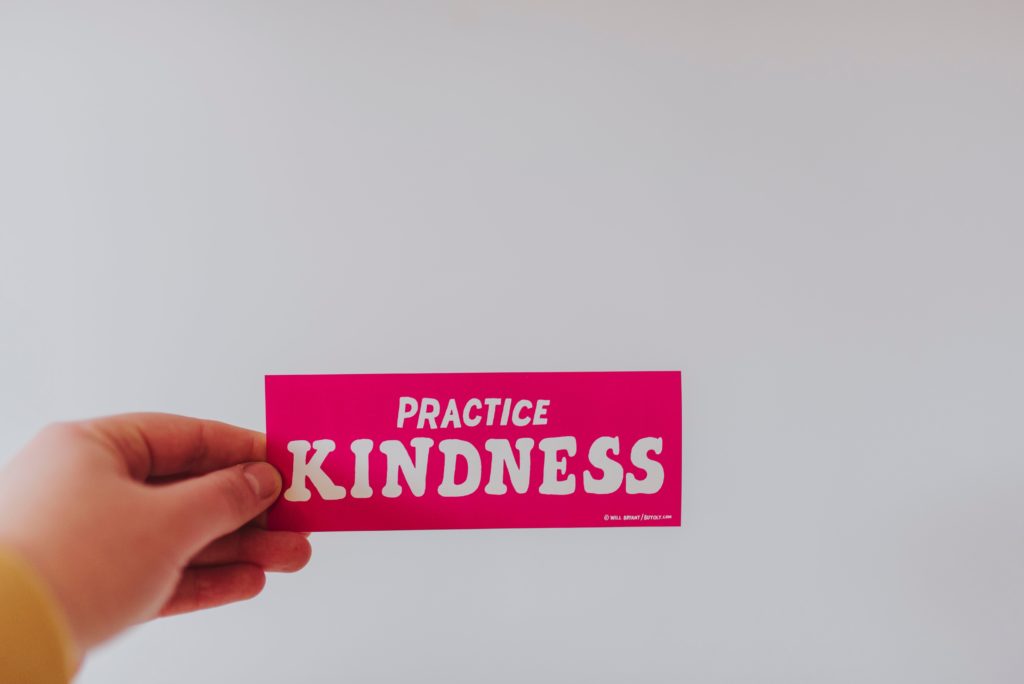 As early as the Roman era, many people have preached kindness over cruelty. Julius Caesar said that people get angry end up being worse than they were before they were angry. Gregory the Great also believed that anger and hatred can consume a man. Even the Bible had spoken about love and kindness, telling people to throw bread at others who throw stones at them.

When faced with a cruel person, it is common instinct for most to be cruel in turn. But one wrong deed does not cancel out another, and instead you’re just continuing the cycle of cruelty until someone gets seriously hurt. The cure to stopping this cycle? Kill people with kindness. This doesn’t involve any violence or literally killing people, but simply showing people kindness when they expect you to be angry. That does not necessarily mean being a pushover, but simply responding kindly can not only confuse them, it can also convince them to tone down their cruelty and rise to your level of politeness.

Origin of “Kill Them with Kindness”

The idiom’s origin actually comes from observed animal behavior in the mid-1500s. Female apes were known to hug and smother its offspring so much that it could accidentally crush her young while hugging it.

The idiom today doesn’t necessarily mean smothering a person to death. It simply means to show kindness whenever possible. By doing so, you’re not literally killing the person who was rude to you. Instead, you’re killing the cruelty that’s inside of them. If you can stay levelheaded and polite in an argument without raising your voice, the other person can see how you’re not going to rise to their anger and respond in kind.

Examples of Killing with Kindness

These three examples are situations were people are killing with kindness.

Despite this treatment, while the mother is comforting her baby on their seat, the father goes around to nearby passengers, apologizing for the expected noise his child will bring, and provides them with small pre-packed bags of ear plugs and candies to help make their flight a bit more tolerable. Some (but not all) passengers may feel differently towards the couple who brought the baby and feel better knowing that the couple acted considerate towards their baby. Some may even feel guilty for giving the couple dirty looks.

Finally, the customer demands to see the manager. The manager pretty much repeats what the saleslady says, confirming that there are no other shirts like those in stock. Having been proven wrong, the customer is humiliated and upset. The saleslady remains polite and asks if she would like to see other products, which makes the customer realize how angry and rude she was while the saleslady and manager remained polite and spoke calmly. Guiltily, she could either apologize or just leave the store.

Despite the second neighbor killing with kindness and always being kind enough to do his duty, he realizes that he must seek legal action. The local government finds that the first neighbor is in the wrong and must both take down the fence and look after his dog regardless of where his dog’s poop lands. In this case, the second neighbor was still acting under the definition of killing with kindness, but he refused to be saddled with the trouble the first neighbor provided and sought legal remedies.

How to Use “Kill Them with Kindness” in a Conversation

You can tell a person to kill someone with kindness when you see that they have encountered a rude or cruel person. Instead of advising them do something cruel in retaliation, you advise them to be the bigger person and choose kindness and politeness. Not many people may be willing to smile and be nice to people who have slighted them, though, so only people who are strong and confident that they are right are the ones capable of killing with kindness. 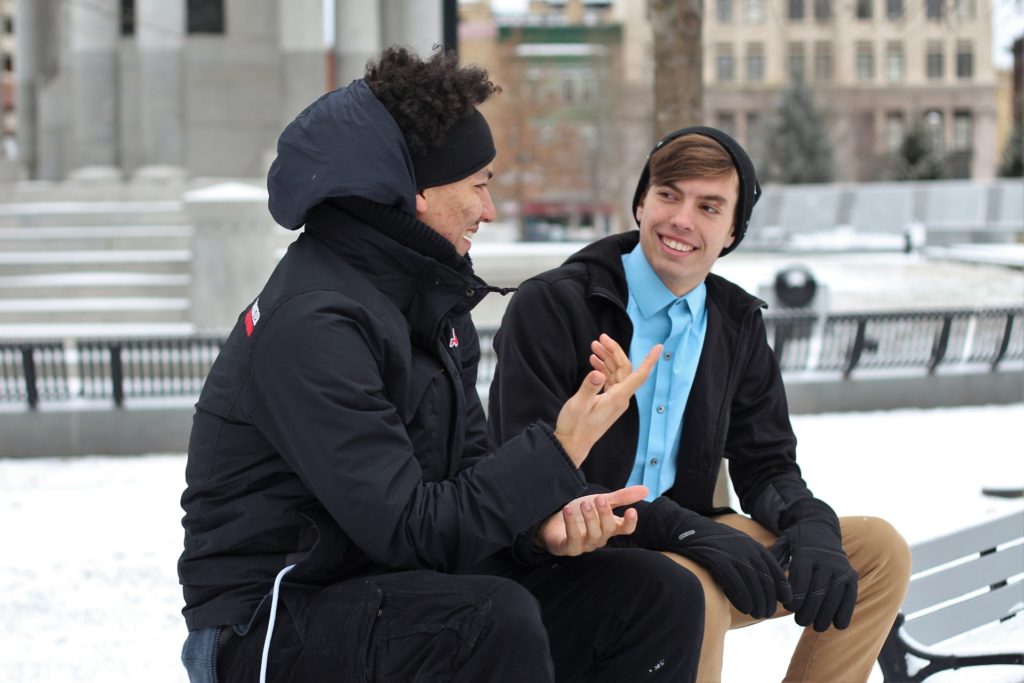 In a casual conversation, you can say that a person killed someone with kindness when they chose to take the high road and fight violence with kindness. The idiom is used in a positive light, so someone who is said to have killed with kindness is a good person who chooses all other methods before deciding to be evil or cruel.

It’s possible to kill people with kindness while still having an ulterior motive. For example, a wife finds out that her husband is cheating on her. She remains kind and loving to his face, but to his back, she is already speaking to a divorce attorney and is collecting evidence of his infidelity. Once she accuses him of cheating and serves him the papers, she has enough evidence to prove what a doting wife she is and what a terrible husband he’s been. This is particularly true in states that don’t practice no-fault divorces and a spouse can argue for a better divorce settlement if they can prove that their partner is at fault for their marriage’s destruction. In this case, one could say that the wife killed her husband with kindness – but not without benefit on her part.

When using the idiom “kill them with kindness,” remember that this is a mostly positive term used to describe someone who turned kindness into a weapon. However, avoid using this term in another language – otherwise, just say that the person chose to be the better person in an argument. And just because a person kills with kindness does not mean they are doing it without reason.

Any other English idioms you want decoded? Let us know in the comments below!