What You Need to Know About Touch Typing

Touch typists are a marvel to observe when they’re working: they can write at blazing speeds with little to no mistakes, and all without glancing down at the keyboard even once. Touch typists aren’t just writers, however; they can be in any industry, whether it’s in content marketing, educators, and even computer programmers.

It’s impressive to watch touch typists because they make typing down long, complex sentences easy. They do this because they’ve practiced what is called cognitive automaticity, that is, the ability to move certain parts of your body without conscious awareness. This is a combination of developing your cognitive skills in conjunction with muscle memory and it’s a way for you to maximize your cognitive functions.

This is because cognitive automaticity helps you focus on higher-order thinking like developing your idea, strategizing how to write a particular piece, or flexing your creativity, all without having to worry about lower-order functions like physically moving your fingers to individual keys or looking around for a particular letter on the keyboard.

This is in contrast to the ‘hunt-and-peck’ method of typing, which is when people type using only two fingers and they search for individual letters every time they type down a word. Not only is this ineffective, it also causes mental and physical fatigue, not to mention can inhibit learning in young children or in persons with disabilities.

Learning touch typing is an important investment in your future and gives you amazing benefits while you study it. Here’s a little background on touch typing, and typing in general. 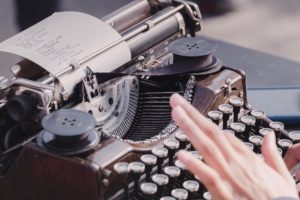 Long before computers, laser printers, or photocopying machines, printed documents were created by typewriters. In fact, modern keyboard layouts are still based on the early designs of typewriters. This is all because of Christopher Latham Sholes, an American inventor who patented an early typewriter design with the now-beloved QWERTY keyboard. He sold this design sometime in the mid-1800 to one of the largest printers of the time, and thus modern typing was born.

There’s actually a very practical reason for Sholes to choose the QWERTY configuration: efficiency. Before the QWERTY keyboard, letters on typewriters were arranged in a variety of ways, including alphabetically. However, most of these designs were either not ergonomic, and many of the early keyboards jammed. Sholes, on the other hand, studied the various ways the alphabet can be arranged on a mechanical keyboard, and found that the QWERTY configuration worked best without jamming. And thus, the modern keyboard was born.

As time went on, people started studying ways to make typing more efficient. Touch typing was then developed in order to help first-time typewriter users. Because deleting errors on typed text was cumbersome, and there was no way to backspace to correct a mistake, typists had to be fast, accurate, and produce high-quality content.

With the arrival of personal computers in the 80’s and computers became part of everyday life, typing became a basic skill that everyone needed to learn.

Learning How to Touch Type

While it doesn’t take a considerable amount of time to learn how to touch-type, there is a learning curve. Of course, it depends on the individual, but on average, people can learn to touch-type up to 40 WPM in as short as two weeks time.

It can take longer, of course, with certain people. Touch-typing is a combination of learning how to think without focusing on consciously moving your limbs, which develops muscle memory. This takes time, but with enough practice, it can start speeding up.

To speed up the process, some students practice typing words from the Dolch list, which is a list of high-frequency words in the English language.

Touch-Typing for People with Learning Disabilities

People with learning difficulties like dyslexia or visual impairments, benefit greatly from touch-typing and helps them compete with people without their disabilities. This is because touch-typing helps them focus their cognitive functions on developing their ideas mentally and giving them time to plot out what they want to type down, rather than splitting that focus and confusing them, which contributes to their disability. 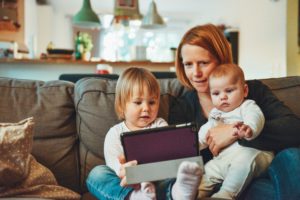 Because of its usefulness and necessity, touch-typing is now becoming standard in many pre-schools and grade schools across the country. Touch-typing is an efficient teaching tool because it combines reading, spelling, and writing into a single activity.

Touch-typing is recommended for children aged 7 years old and up, as this is an age where their hands are physically developed enough for the rigors of typing.

There are plenty of free, online tools for adults to learn how to touch-type. In this day and age, touch-typing is an essential skill in the workplace. Employers prefer an applicant who can type down long documents fast and without errors. Hunt-and-peck typists will have a significantly harder time finding employment as compared to their touch-typist peers.

Adults with learning disabilities can still learn how to touch-type. Many colleges, universities, and even community centers offer touch-typing classes that are designed by psychologists, physical therapists, and other professionals. Take advantage of these classes and you’ll be able to compete with the rest of the workforce.

Learning how to touch type is an important skill, especially in this digital age of computers. Typing fast and accurately is an essential part of both the academe and the professional world. Some people might think that learning how to touch type is something that you can only learn when you’re a child, however, this is far from true. Touch typing is a skill that anyone can learn; it just takes a little bit of time and effort.